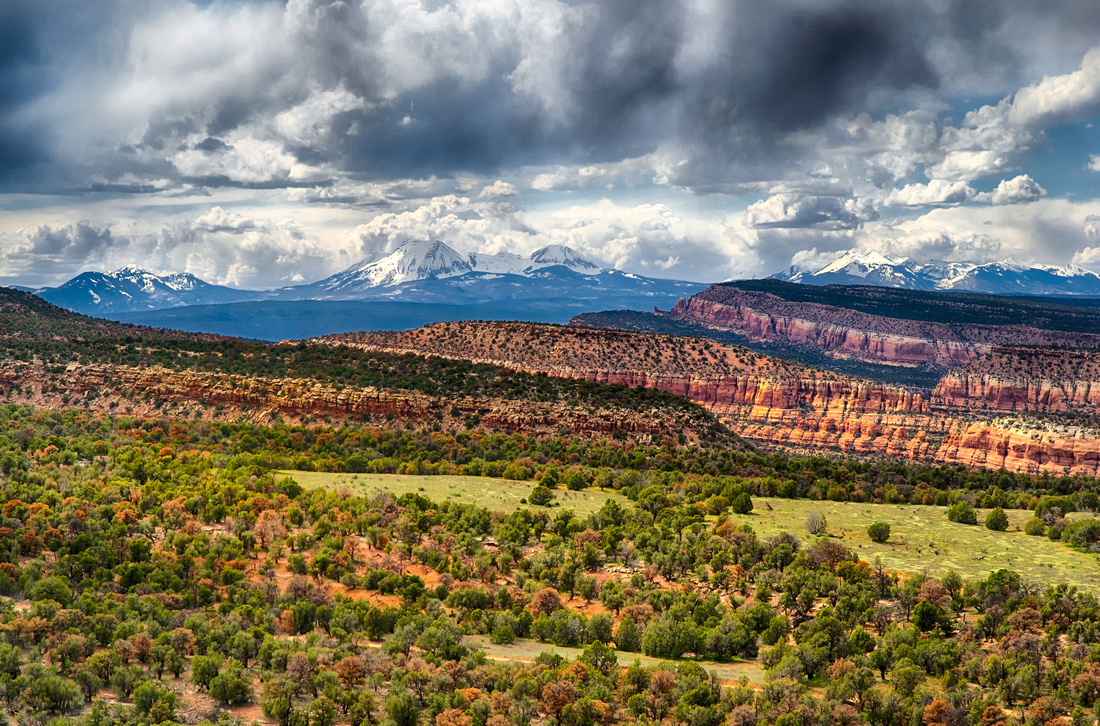 La Sal Mountains viewed from Sawtooth RidgeThe West End contains some of the most rugged, and most unknown, country in Colorado.

A few months ago, I picked up a copy of the San Miguel Basin Forum, a bi-weekly periodical serving Colorado's West End, containing Nucla, Naturita, and Norwood. Each issue contains the current price of uranium on its front page - a nod to the mining history of this remote corner of the state. Just an inch below that, in this particular issue, the headline spotlighted two new recreational marijuana dispensaries opening in Naturita that week. The contrast could not have been more evident - two industries largely glorified as economic boons in their own respected times are here today - intersecting in ways that are largely invisible to the casual observer.

This is the reality of life on Colorado's Western Slope. While mining is no longer the catalyst it once was for our state, it quite literally laid the foundation for the communities we love and inhabit today (the mining camp of Victor used actual gold to pave its streets at one point). Likewise, as we look towards the future of community building in our state, there has been no shortage to this point of creative ideas - such as leading the nationwide movement towards a cannabis-based economy - to address the state's future in an increasingly urbanized world. Throughout 2019, I have received a crash course in such lessons of economic development on Colorado's Western Slope, first as a Grant Coordinator for the West End Economic Development Corporation, and now in my new role as Economic Development Specialist for the City of Glenwood Springs. 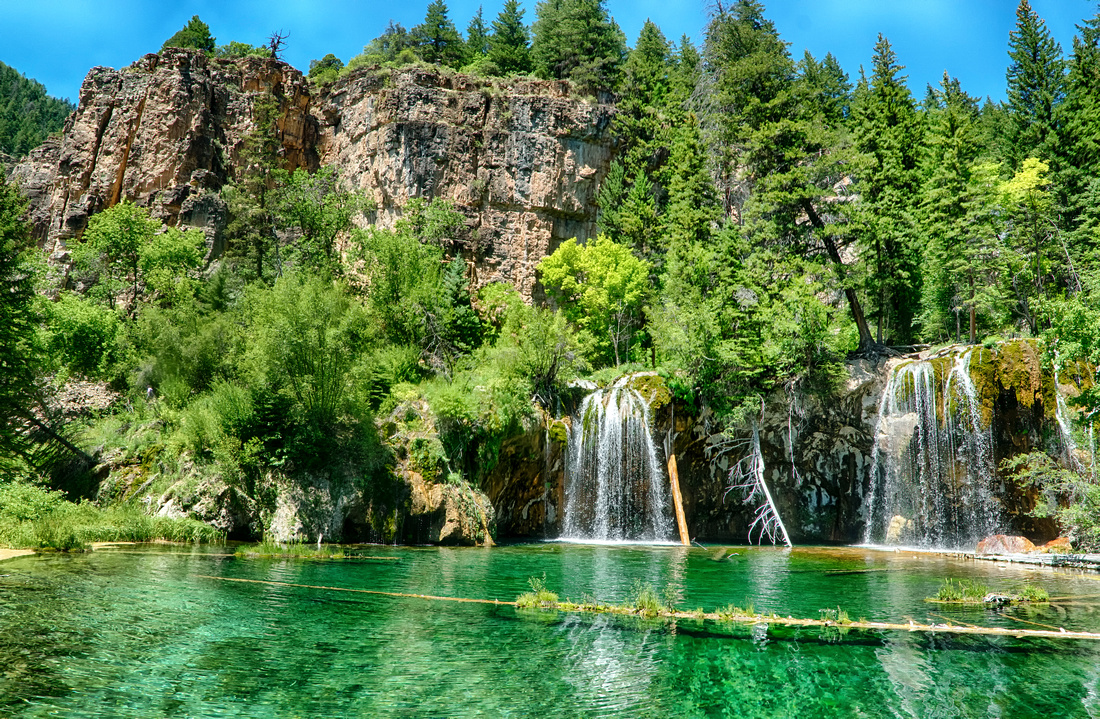 Hanging LakeThe trail to Hanging Lake is located outside of Glenwood Springs and has become one of the most popular trails in all of Colorado. That popularity has a cost, however, as limited parking and increased pollution on the trail have led to a new permitting system which restricts the number of visitors allowed to this scenic destination.

Like many who are native to the Front Range, I was relatively ignorant of life beyond the ski resorts often accessed by Colorado's large population centers. As I dove into the challenges faced by such rural areas, however, I realized that history is ever-present in the rearview mirror. In the West End, for example, the effects of another mining "bust" cycle (caused by the recent closure of a major power plant) have residents acting swiftly to bring new economic drivers to the region. The West End EDC has been at the forefront of this movement, having built a co-working space in Naturita while creating new jobs focused on outdoor recreation and value-added food production. The urgency for development is compounded by the area's past, which has seen towns die off quickly after the mining industry heads south. The ghost town of Uravan is a perfect example - located only 18 miles from Naturita, the town site was steadily grazed over the past thirty years. In the short time I lived in the West End, there were several instances of adults who grew up in Uravan returning to visit and finding nothing left other than the baseball field, which hosts a community picnic each summer in remembrance of the town that was.

When I came to the West End, I was intent on building roots in Telluride, the local ski resort, and I worked much of the time with the Telluride Foundation to that end. As I spent more time in Naturita, however, I came to appreciate the authenticity of a tight-knit community, along with the grit of every resident who calls this forgotten little town their home. The truth is, this is a type of rural Colorado that has become less and less common west of the I-25 corridor. For decades, small towns have (d)evolved into bedroom communities as second home-owners buy up more and more property within resort communities and push workforces outward. The resulting process is one of industrialization without urbanization, as wealth accumulates around ski resorts while growth is strictly limited by their local geography. Nevertheless, the populations inhabiting the high country of Colorado continue to grow, and they create links beyond town limits which connect every resident in each respective mountain valley. One need look no further than my new home, the Roaring Fork Valley, for an example, where public transportation between Aspen and Rifle (68 miles) runs around the clock and is the second most extensive in the state (behind Denver). 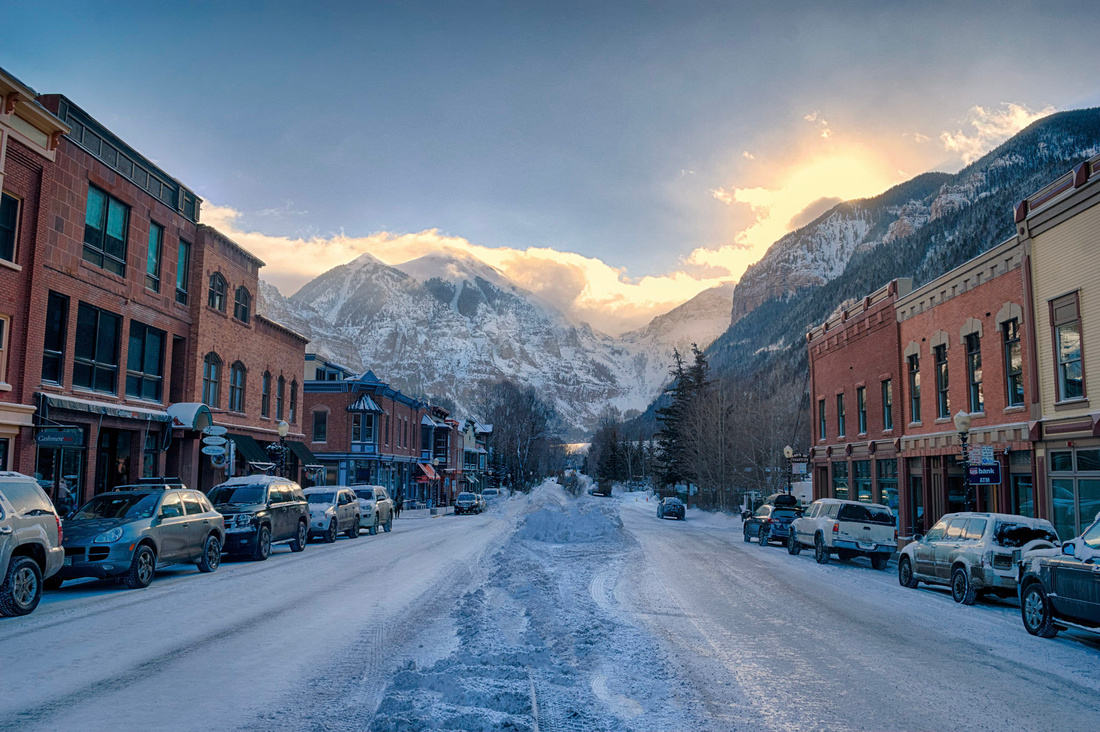 Downtown TellurideAs tourism and second home-owners become the lifeblood of a community's tax base, an eventual crisis looms for resort communities as local workers are unable to afford to live in such areas.

It is often said that residents of the Western Slope have a toughness about them, but I've learned that this is less about the ability to endure a snowstorm than it is the resiliency displayed when a crisis hits. In Colorado's high country, there has been no shortage of challenges, and perhaps none greater than the continual fight to keep communities strong in the wake of modern industry, which demands movement inward and upward. The spirit which was brought by early pioneers to the region, however, is still alive and well in places like Naturita, where economic development is closely monitored by those who are wary of losing the aspects of community and culture which have defined them for generations.

As I look out my new office window in Glenwood Springs, I can see the color of the leaves changing on the cottonwood trees below Red Mountain in the background. Around the mountain to my right is the Meadows Shopping Center, a large development which brought several new box stores to the area and has provided many great products to the community that were not present before. Across the Colorado River from the shopping center, a mountainside below the Glenwood Caverns Adventure Park is currently being disputed by a mining company and the County, which has objected to their proposed development. This is the climate of economic growth in rural Colorado today - whether the newcomer is a retailer, like Target, or an entrepreneur looking for a foothold in new industry, there is always the question of what amount of development becomes too much for a community to accept. I am confident, though, that one way or another, these communities will still be around long after I'm gone. I just hope that I can help them along the way.